Work in progress, still at the beginning – please make a new visit in a few weeks.

Hint: This part of the website is intended for the presentation of longer papers and therefore not optimized for tablets and mobile phones.

One of my reasons to start to think about this topic some years ago, was the article "Brain Mechanisms of Skill Learning" by John Kubie, published on BrainFacts.org in 2015 (unfortunately the article is no longer available there): What I noticed already the first time I read the article was that the author used the word "thinking" in the context of the behavior of rats. So let me use this as a (more random) example.

In the article Kubie says:

"It’s also interesting to try to get into the rat’s head and imagine what the rat thinks it is doing. Is it thinking (although obviously not in a language equivalent) 'I have to press the bar, wait a certain period and press again; this motor pattern is a good timing mechanism.' Or is it thinking 'If I perform this motor pattern correctly, I’ll get a reward'? Although it can’t be shown, I’m quite certain it is the latter. That the rat thinks the specific behavior is critical and only that behavior pattern will work." [1]

Although the author relativized his words by adding "although obviously not in a language equivalent" he still uses the term "thinking".

So first of all it seems to be necessary to clarify, how the word "thinking" is meant in such contexts.

Is it used it in a more metaphoric, "popular writing" way, in the sense just of "something which happens in a brain" (or even "in a nervous system")? (But then the question would rise, where one sees "the lower starting point" in the phylogenetic tree where neuronal activities appear which could be called "thinking"!).

Or do one use the word in a specifically philosophical meaning? I am sure the reader here is aware the fact that Skinner himself, not surprising being a pure behaviorist, does not use the word at all in the paper "'Superstition' in the Pigeon" [2] which the article quoted above indeed refers to.

I am convinced that, from the point of view of a biologist, speaking of "thinking of animals" without a strict definition of the term "thinking" leads into several severe difficulties.

This is only a part of the main website Brain-Mind-Blog.de.

This part of the website is intended for the presentation of longer articles, therefore the layout is adapted for this special purpose.

To get started and for all important information, please visit the main site first. 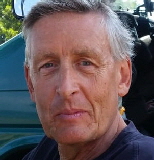 â—Ź  Academic education in biology, psychology, linguistics and pedagogy
â—Ź  Dr rer nat (PhD) in biophysics /
neurophysiology
â—Ź  Professional experience in biotechnology and as head of unit in a state school ministry for natural sciences
â—Ź  Teacher at a technical vocational college
for applied informatics, project management and communication
â—Ź  Temporarily honorary university lecturer for
Analytical Philosophy of Biology and Psychology and for School Pedagogy
â—Ź  At present Competence Manager of a software company specializing in semantic services and AI